The two-phased architectural competition for the rehabilitation of Piata Unirii and Bulevardul Eroilor was based on a traffic study (elaborated by Search Corporation and Planwerk, in 2005), which aims to free the center of transit traffic and identified the important, continuous parts of the road
network that could be transformed into pedestrian areas, while promoting public transport.
The winning project by Planwerk, in collaboration with Kosemund und Putz, is focusing on regaining the unusable and blocked space, giving it back its lost qualities.

Two relatively simple interventions were undertaken in order to quadruple the amount of usable public space while clearly defining the area’s boundaries.
The boulevard’s two separate lanes were combined into a single carriageway. By closing off two side roads, the square’s surface area could be expanded to connect the buildings that had originally bordered the square.
Fifty linden trees form the borders that define the new pedestrian area’s functions: shopping, strolling and resting. The newly created open space forms three generous areas to accomodate restaurants on and adjacent to the streets.
The square displays a homogenous surface that stretches along the buildings from east to west.
The buildings are located directly adjacent to the square as they were in the past, and they now help define the space. An extended system of low steps along the western side of the square softly accentuates the downward slope and also serves as seating – a „tribune“ – facing the square. Ten
sycamore trees and a fountain, consisting of a water bazin, an open field with jets and a water table, enclose the squares southern end. All of the surfaces used by pedestrians are covered in local natural stone.
While most of the archeological diggings were closed, the most important part, giving an insight to the roman history of the place, was covered with a horizontal glas surface, surrounded by a wooden bench. 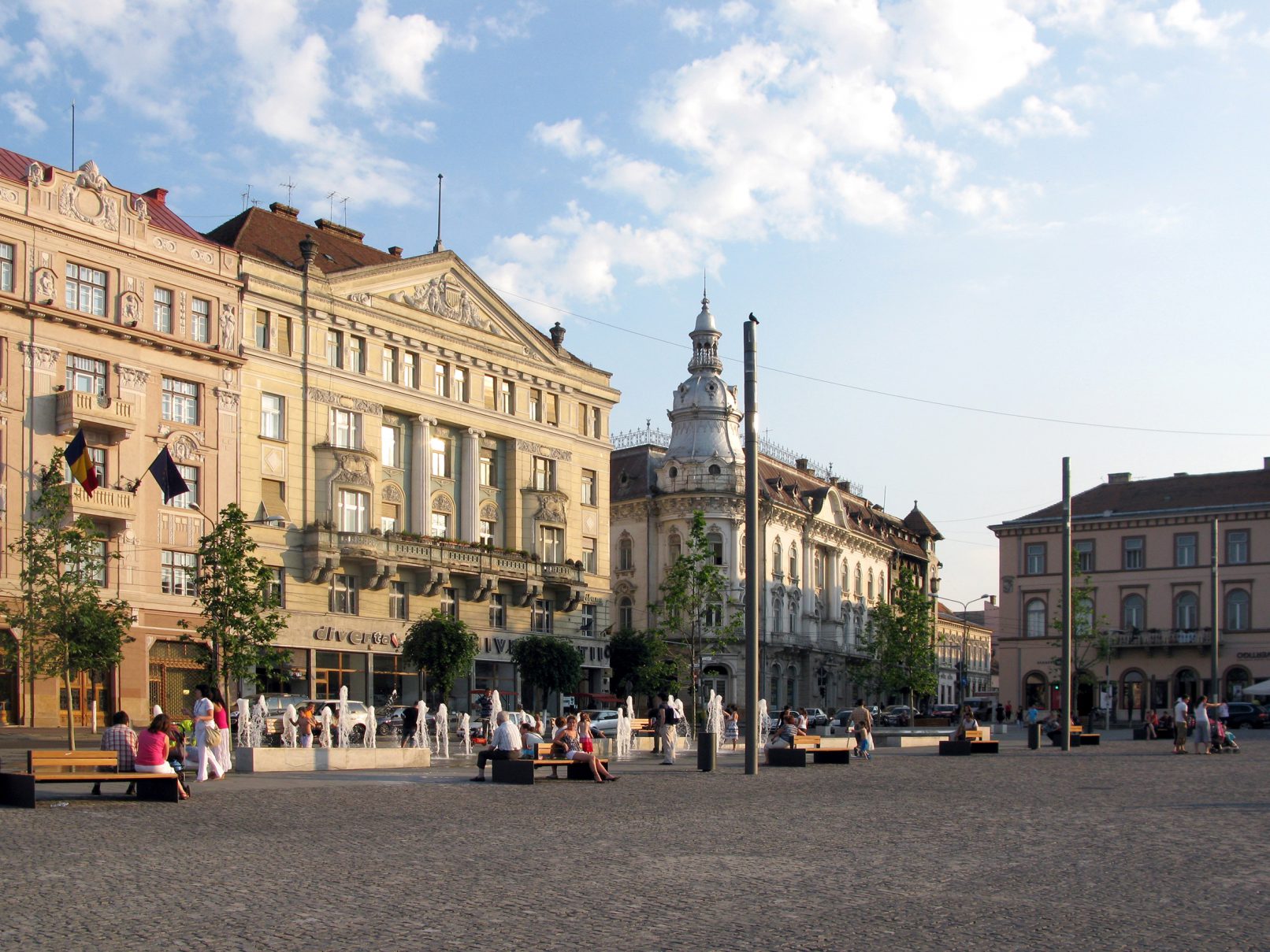 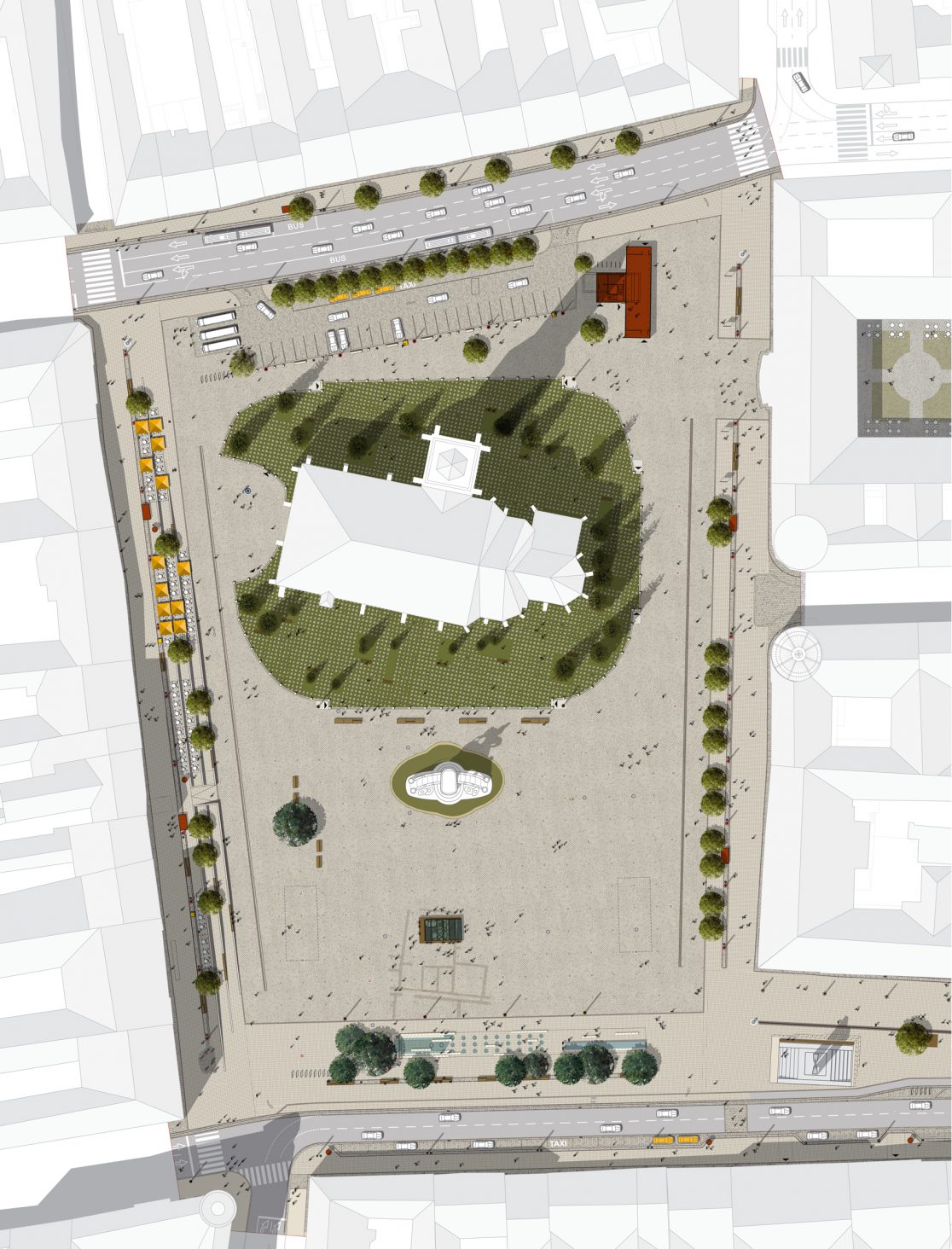 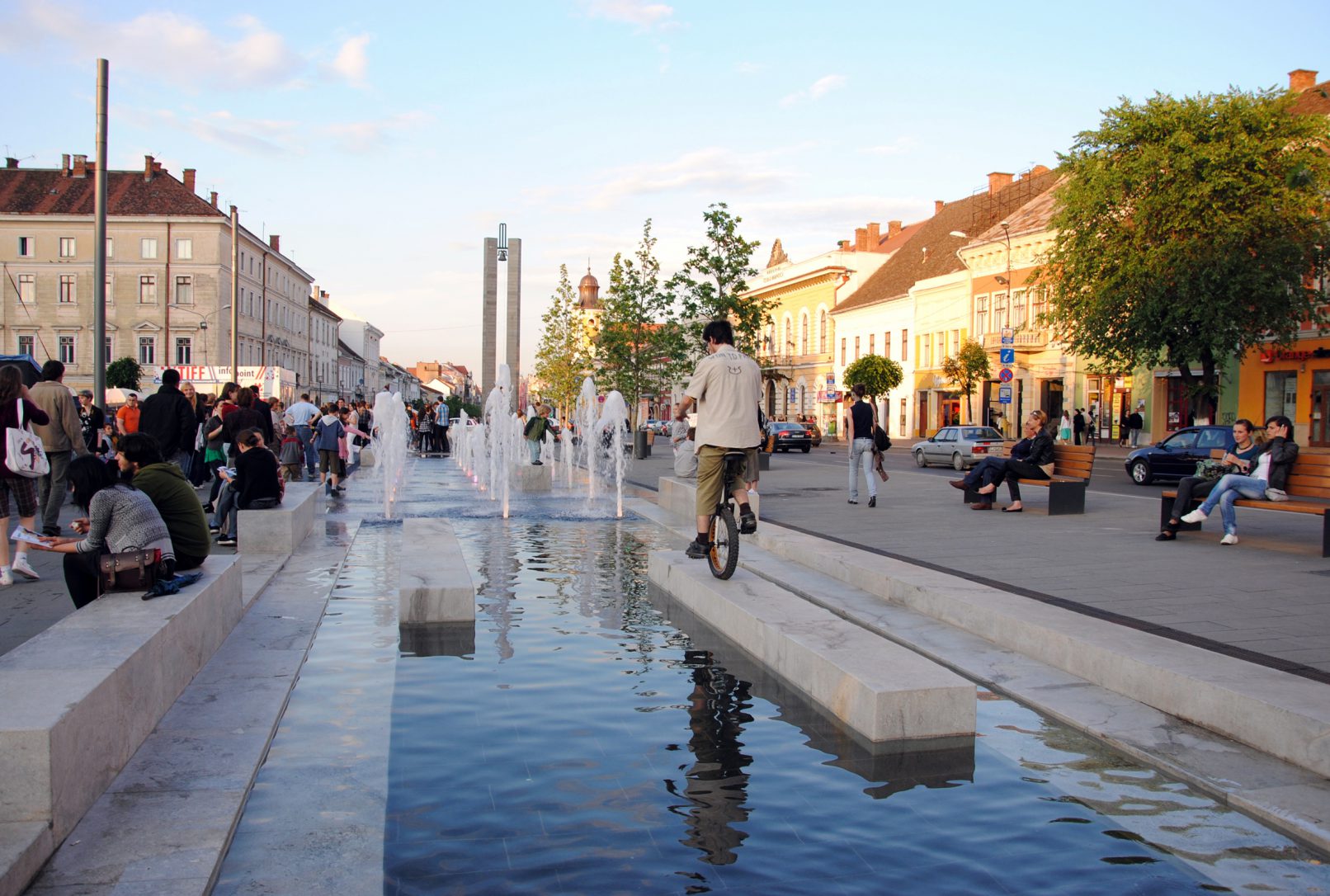 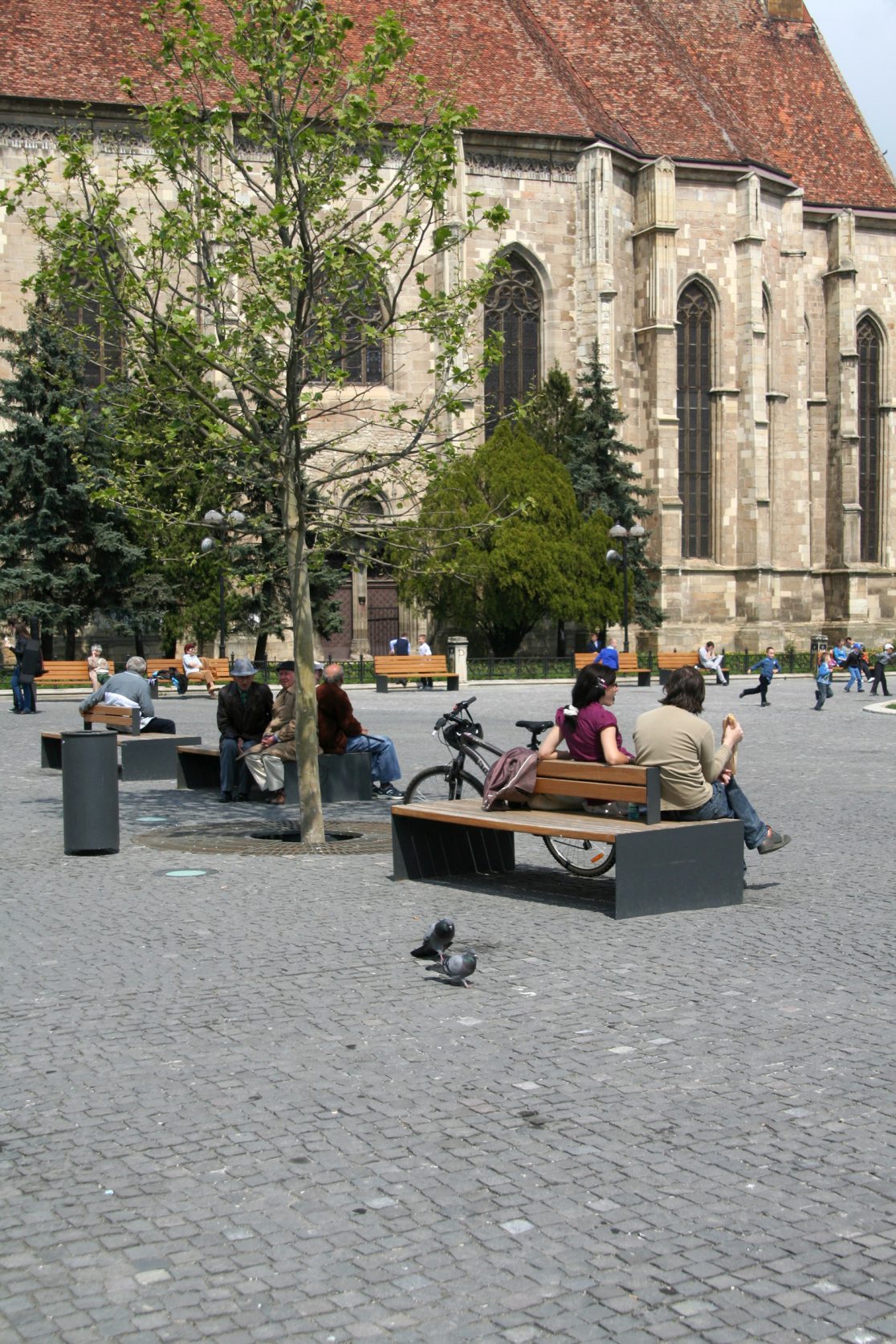 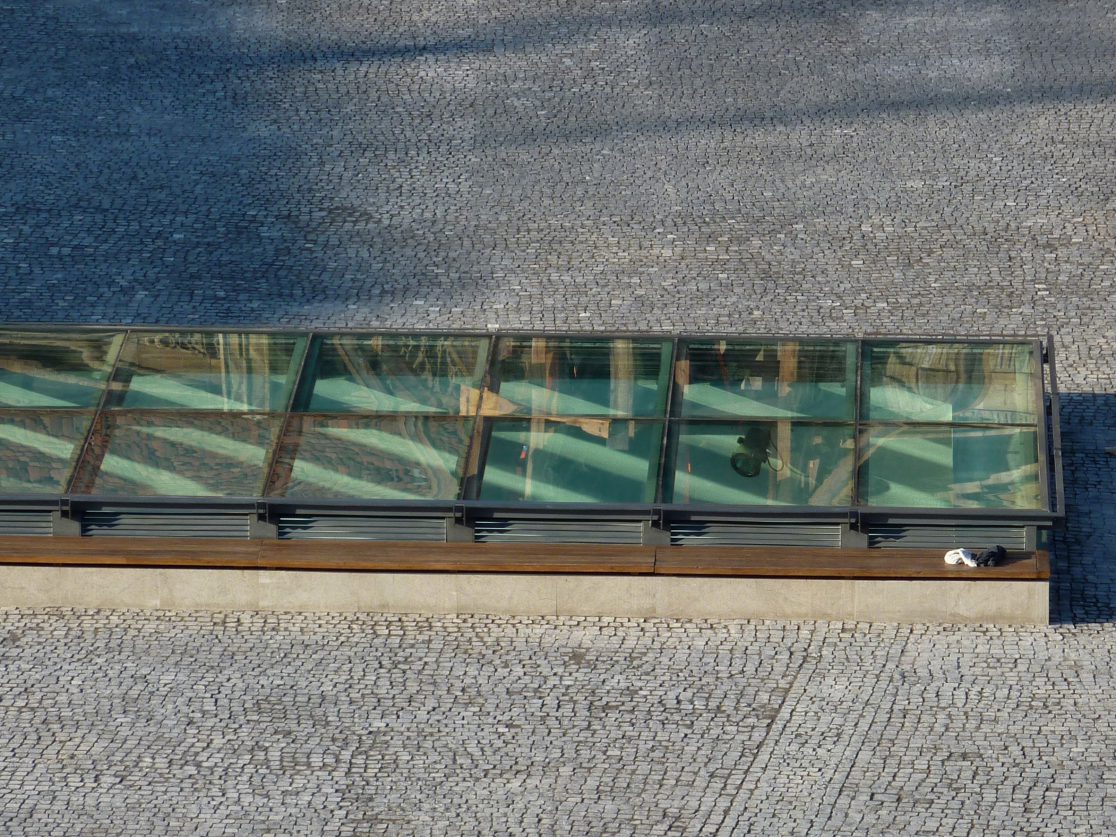 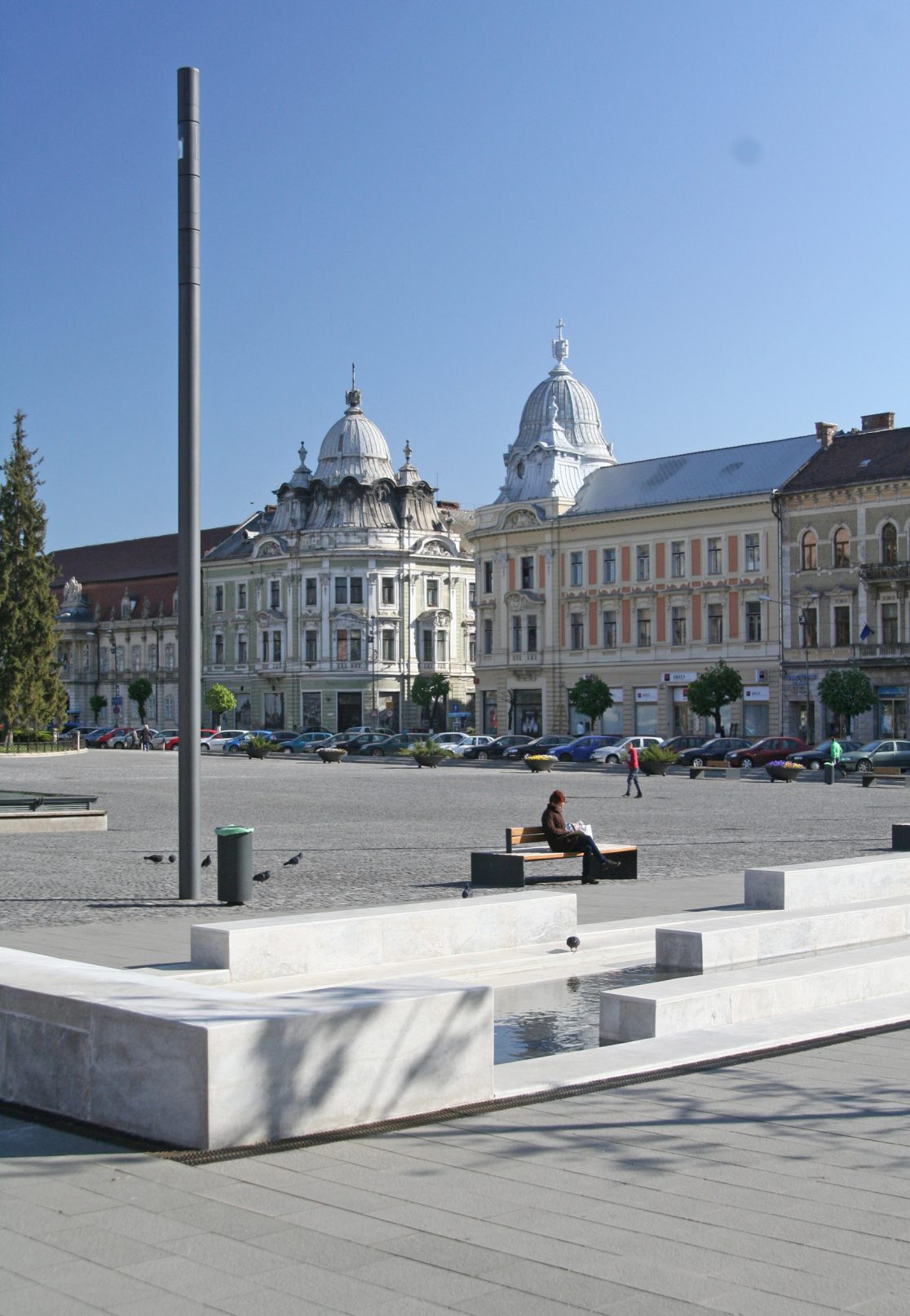 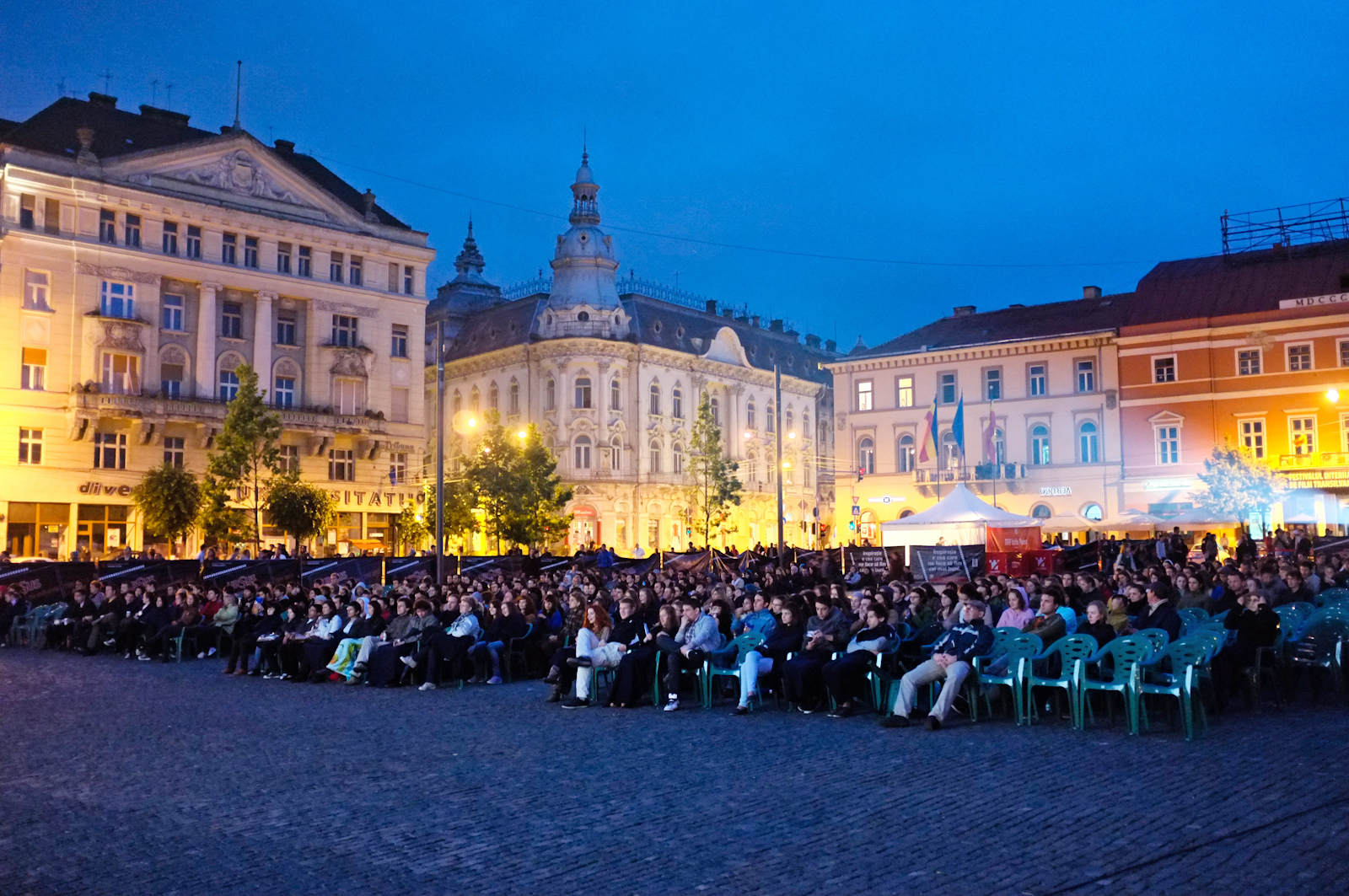 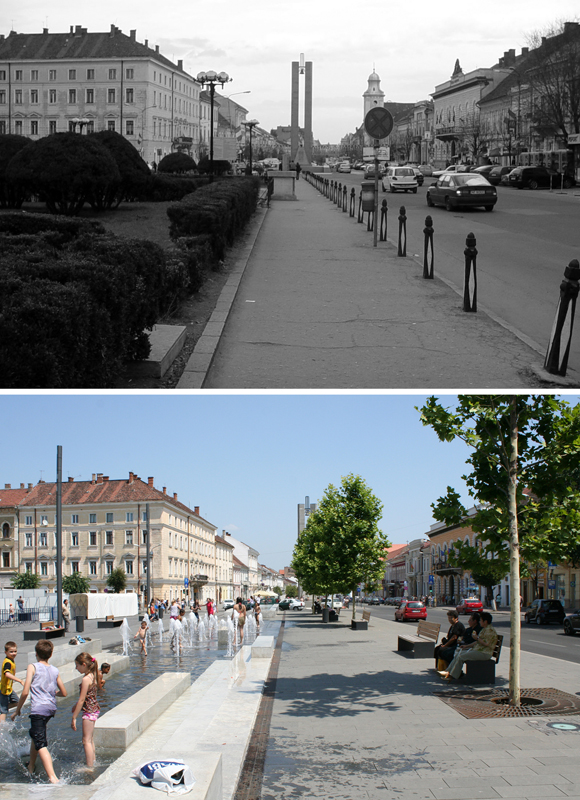 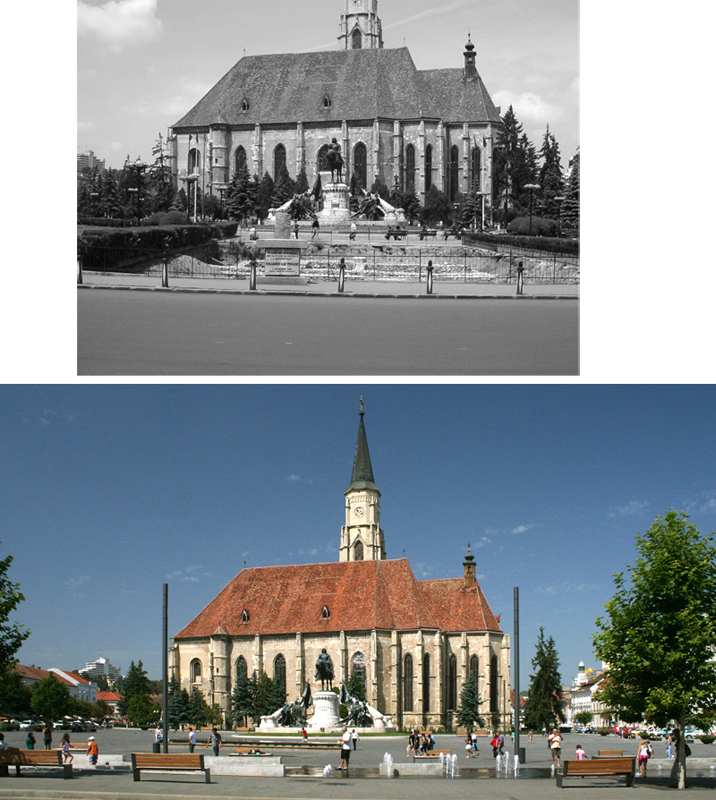 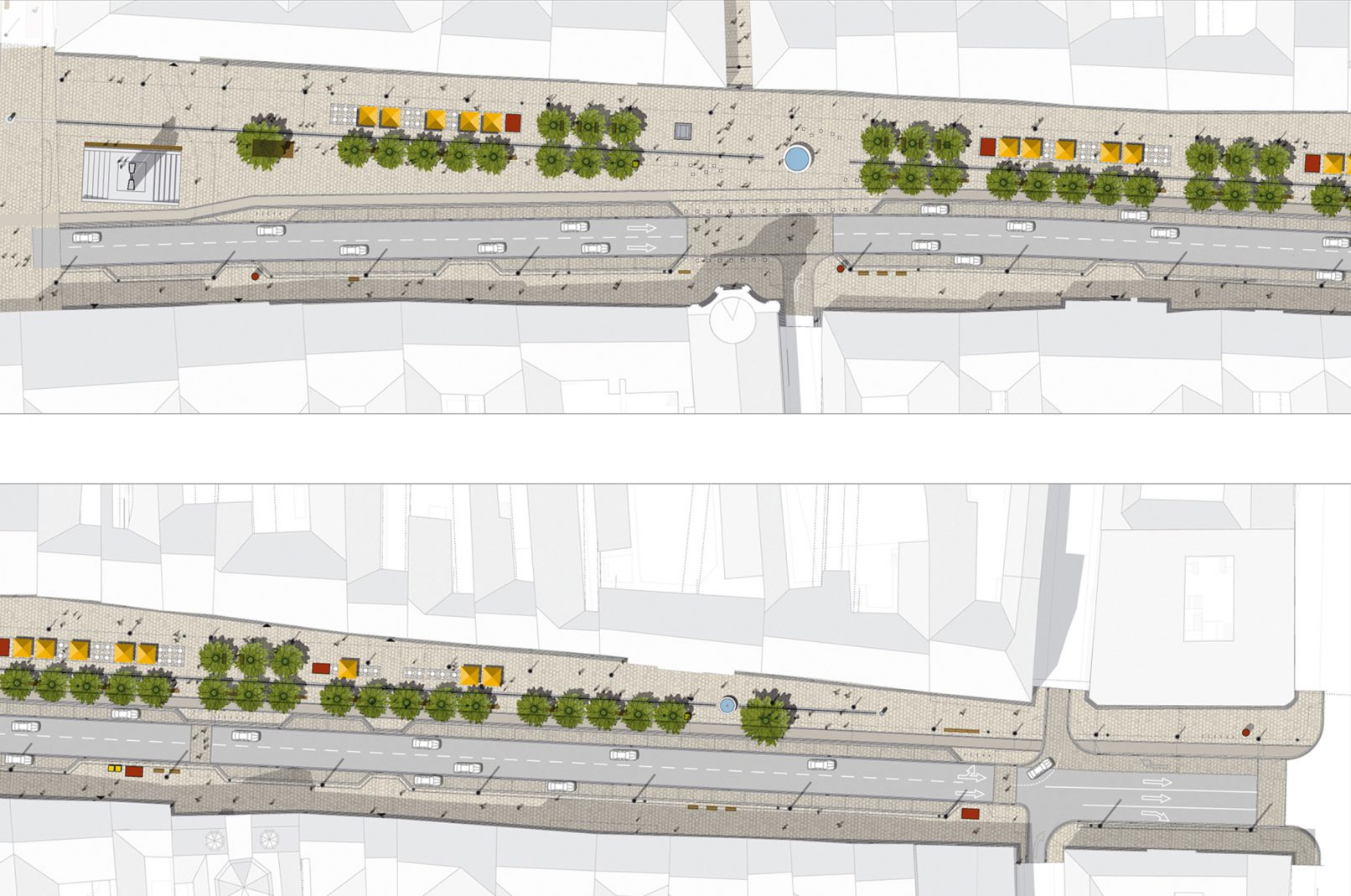 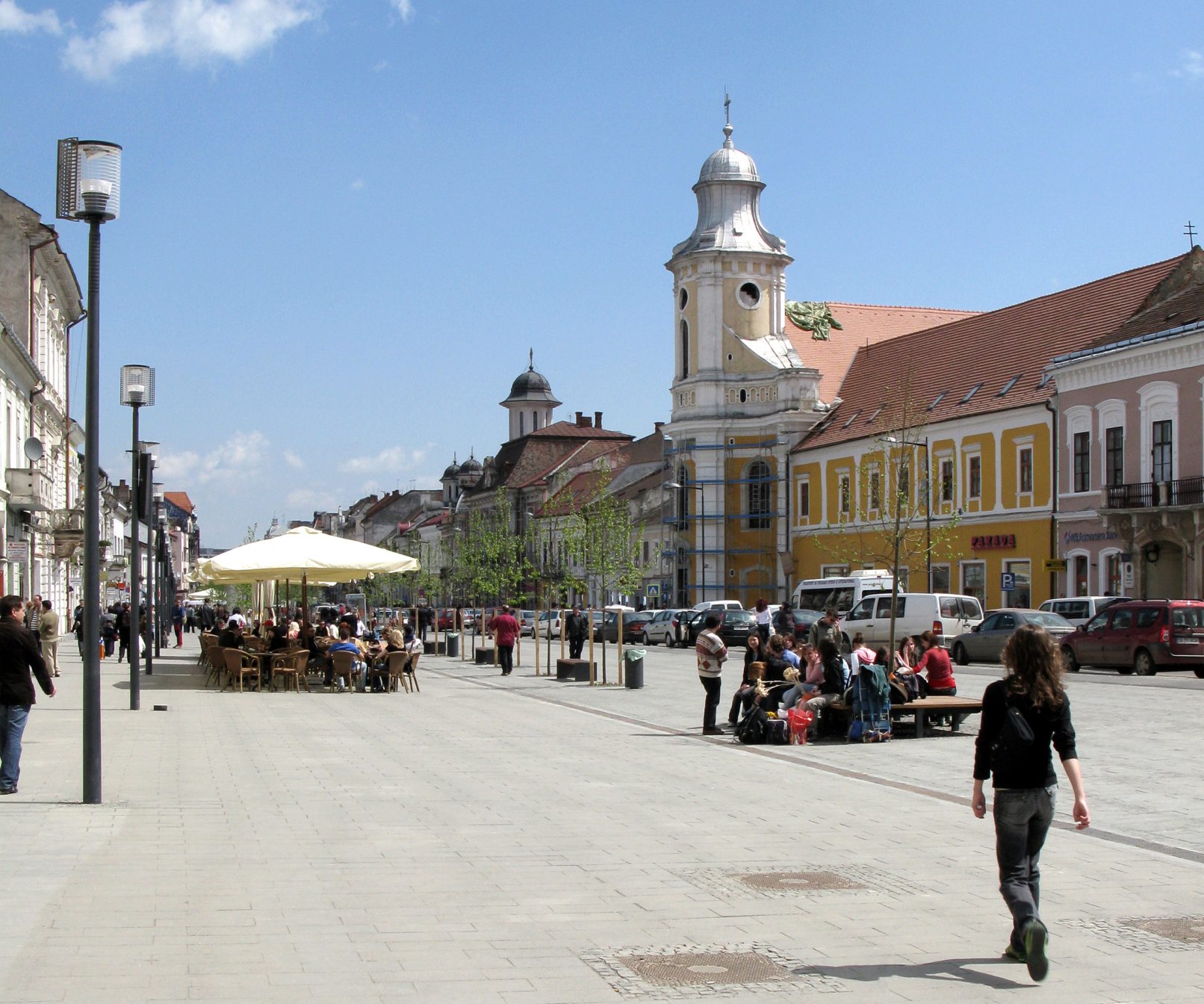 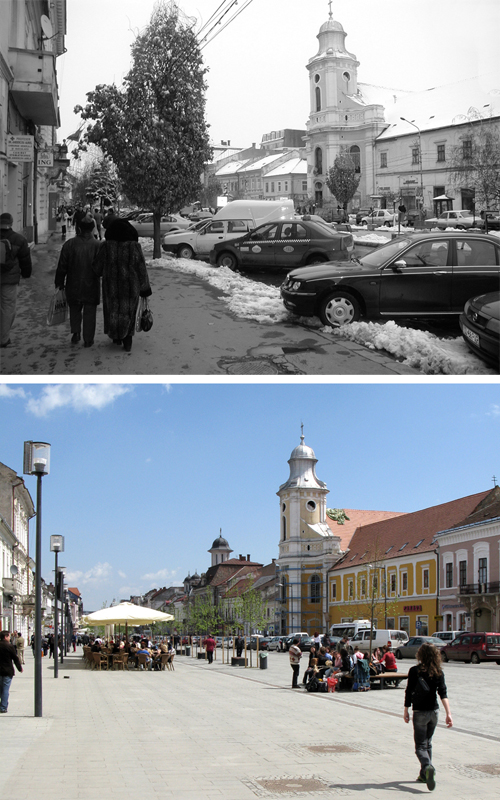 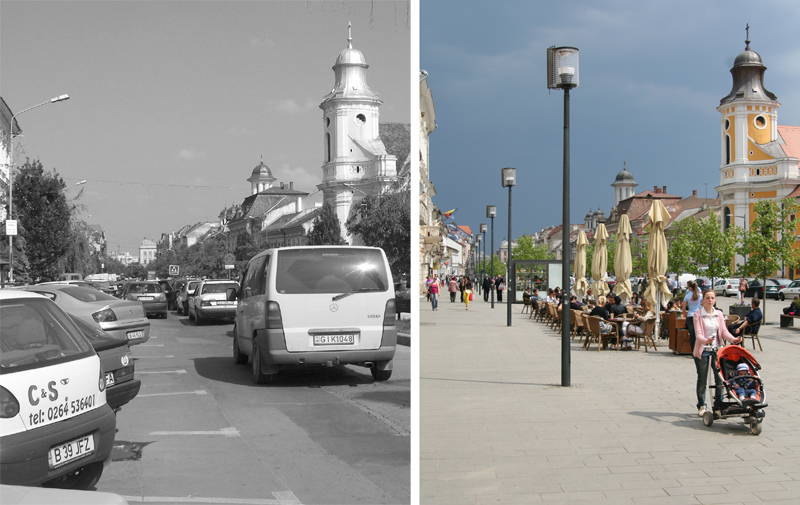 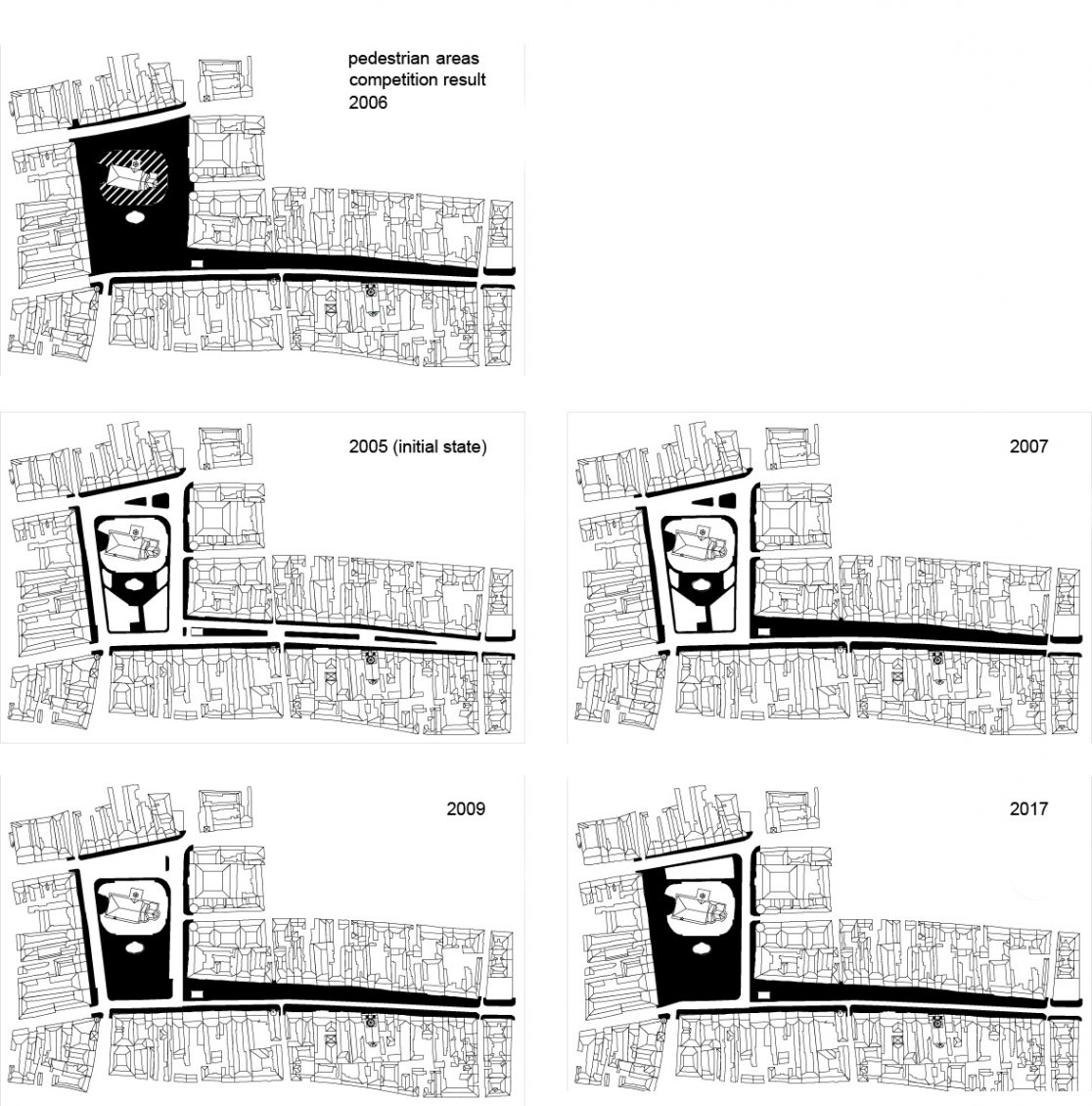